Visit Horton Plains National Park  on foot or from a vehicle!

Horton Plains National Park is set in the hilly regions of Central Province, some 20 km south of Nuwara Eliya. Sir Robert Wilmot-Horton, in whose honour the park was named, was Governor of Sri Lanka between 1831 and 1837.

The park covers an area of 3,160 hectares and is situated at an average altitude of 2200 metres. Sri Lanka’s three major rivers (Mahaweli, Kelani and Walawe) take their source within the limits of the park.

Horton Plains was declared a national park in 1988 and was inscribed in the World Heritage List in 2010 as “Central Highlands of Sri Lanka”.

Visitors here are thoroughly enchanted by the scenic beauty of Mother Nature. The biggest attraction here is ‘World’s End’ where the plains come to an end and the ground abruptly drops down for about 700 m. Please bear in mind however that the park gets covered by fog quite easily as early as 9 am. Hence your chances of an unhindered vision of the scenic beauty can be difficult especially during the rainy season (April to August).

Temperatures are low, with an average annual temperature of 13°C. Frost is common during the coldest months (December to February). The dry season, from January to March, is best to enjoy a visit to the park.

The park entry fee is around Rs.2000.  The park can be visited by jeep or on foot on your own but there are guides available for a small fee. They do a great job and know a lot about the area. For female travellers, it is advised that you take a guide along. When packing, take food and warm clothes as the weather changes suddenly and without warning. Also note that there are no toilets once you start the hike.

The hiking trail here is a 9 km loop that takes you around four to five hours if done at a leisurely pace. Although you can do the loop in either direction, it is better to start at Bakers Fall and the finish at World’s End to avoid a steep uphill climb. If you are travelling with toddlers, the mini trail to “Little World’s End” is sufficient.

Horton Plains can be a great pleasure to nature enthusiasts. Those wishing to spot animals need however to look elsewhere. Be sure to carry water (guards at entrance will forbid you from carrying water bottles with labels and plastic bags to avoid chances of polluting the park). If you have opted for a trip organised by your hotel, it is wise to order a packed lunch. Lunch can also be had at the canteen at the entrance of the park.

Fancy staying inside the park? There are two bungalows run by the authorities : Maha-Eliya, situated on World’s End Road and Ginihiriya (or Anderson Lodge) on Ohiya Road. Camping is also possible near the Park Office. 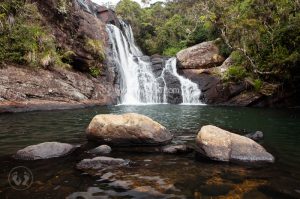 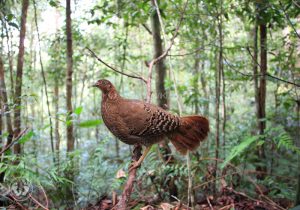