Kitulgala gets its name from the Sago Palm (“Kitul”) that grows around the town. The sap of the trees is concentrated into delicious syrup to make either toddy or jaggery.

The Kelani Valley Forest Reserve situated around Kitulgala is situated in one of the wettest places in the country. The different tributaries of the Kelani river that converge here combine with the rocky beds to offer spectacular rapids that serve as a base for whitewater rafting.

The Kitulgala Valley Forest Reserve was established to protect the watershed of the river that ends its winding flow to the west of the island just north of Colombo. The Kelani river is also popular for having served as the location for the filming of the Academy Award winning movie “The Bridge on the River Kwai” starring Alec Guinness, William Holden and Jack Hawkins.

A wonderful variety of birds and mammals are to be spotted here along with reptiles. The streams hold endemic fish and many species of amphibians. Many reptile species are frequently seen in the foliage along the Kelani River.

What can you expect to spot?

If you use your senses: Green-billed Coucal, Purple-faced Leaf Monkey, Kangaroo Lizard and Hump-nosed Lizard.

If you are lucky: Layard’s Striped Squirrel and Grizzled Indian Squirrel. 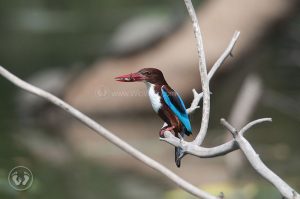 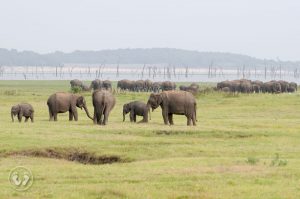 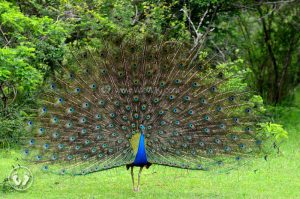