Sri Lanka has a long history of story-telling. The early oral tradition based on Buddhist parables gave way to complex verse and prose mingling both religion, philosophy and accounts of the Buddha’s life and teachings.

Early Sri Lankan literature, influenced by writings from the Indian subcontinent, has now given way to writers in Sinhalese, Tamil and English. It is now dominated by themes such as social issues, upheavals, history, conflicts, poverty and governance issues.

Sri Lankan literature is getting to be known around the world. Some of the best-selling authors like Romesh Gunesekara (Edge of Paradise Reef, Back to Ceylon), Shyam Selvadurai (Gardens of Cinnamon, Funny Boy) and Michael Ondaatje (Man Flamed, that was latter adapted as The English Patient) have been translated to French, for example.

Other talented Sri Lankan writers who deserve worldwide recognition include Carl Muller, A. Sivanandan and Jean Arasanayagam to name a few. 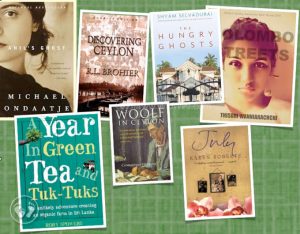