List of the most spectacular waterfalls in Sri Lanka !

With more than a hundred rivers, stream and rivulets, Sri Lanka can rank as the country with the highest waterfall density in the world.

The hill ranges and the monsoons combine to form spectacular cascades with ample foliage and wildlife to go with. To the locals, the falls offer a chance to bathe in crystal-clear and pure water. Each one of these waterfalls is different from the other and offers a singular break during a long journey.

So, take off your shoes and do not miss a chance to cool your heels in the natural pools (provided you tread carefully and avoid slipping). Following is a list of famous waterfalls in Sri Lanka.

Named after the Scottish city, this picturesque 98m high waterfall on the Kehelgamu Oya River near Nuwara Eliya. Swimming in the middle of the pool is considered very dangerous.

This is a famous waterfall is situated in Horton Plains National Park on a tributary of the Belihul Oya. The height of the Baker’s waterfalls is about 20 metres (66 ft.). The falls were named after Sir Samuel Baker, a famous explorer. 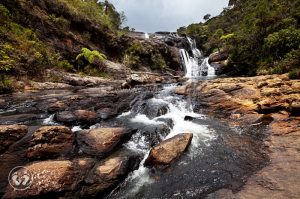 Situated at the southern end of Horton Plains National Park and measuring about 263 metres (865 feet), Bambarakanda Falls is the highest waterfall in Sri Lanka. However, it is seasonal as it depends on rainfall. The best time to admire the fall is at its peak from October to March. A wonderful sight not to be missed if you are around during this period. 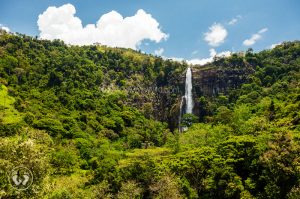 Towering at a height of 100ft, Bopath Falls to the north of Ratnapura and east of Adam’s Peak is quite spectacular. It is named Bopath as the top resembles the leaf of the sacred Bo tree. Due to its proximity to Colombo, the place is a favourite picnic spot among locals.

This is one of the most famous waterfalls of Sri Lanka situated between Hatton and Nuwara Eliya. It is named after a pioneer coffee planter. The fall is about 318 ft. high and has several cascades. 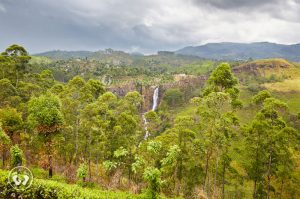 This is the second highest waterfall in Sri Lanka with a height of about 220 metres. Legend has it that the Gods created this cascade to symbolise the weeping heart of a prince who lost his love while trying to carry her over the Diyaluma precipice.

This spectacular waterfall situated close to Badulla gets its source from Baduluoya, a tributary of Mahaweli Ganga. It is about 210 ft. high. 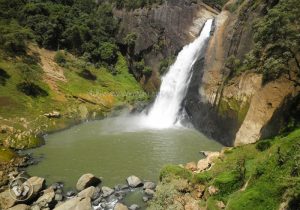 This waterfall, about 50 kms from Colombo, is one of the widest on the island. Though the cascade is only 35 foot high, the view is very impressive. 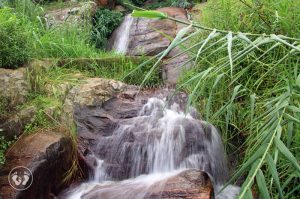 A beautiful waterfall that measures 109 metres high. It lies between Gampola and Nuwara Eliya and is easily reachable from the road. The walk down to the fall is very scenic. 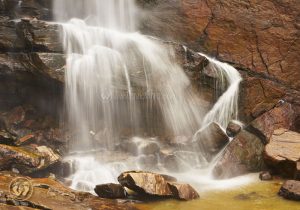 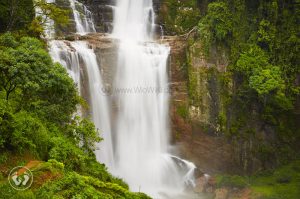 This is one of the widest falls in Sri Lanka situated between Badulla and Haputale. The Ravana Falls is connected to the Hindu epic, Ramayana. The cave behind the cascade is believed to be one of the places where Ravana hid Sita after abducting her. The waterfall is about 30 feet high and descends into the valley over a series of mini-cascades. 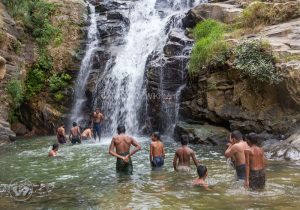 Saint Clair’s is the widest waterfall in Sri Lanka. Composed of two waterfalls: “Maha Ella”, which is 80m high and falls in three cascades and “Kuda Ella” that is 60m high. Saint Clair’s derives its name from a nearby tea estate but owing to its width, it is called the “Little Niagara of Sri Lanka”. 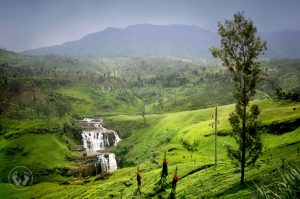