A short essay on human rights issues in Sri-Lanka

Constitutionally, Women enjoy all the regular social, cultural and economic rights that everyone is entitled to in the country. Sri Lanka has elected women to the highest offices on more than one occasion. However, according to some local NGOs, women are reported not to have fair access to resources and opportunities.

Like in many other cultures in South Asia, they are often expected to play a subservient role to the male population. However, many reforms and changes have been made to empower women financially, politically and culturally.

Almost a fourth of the entire Sri Lankan population still lives below the poverty line, out of which children are the worst sufferers. Owing to the civil war and natural catastrophes like the tsunami, they have had their basic rights trampled upon due to unfavourable economic conditions. Child marriage is still prevalent in the country, with about 12% of young women being married off before the age of 18. Discrimination and racism is another after effect of ages of conflict, though the situation is improving gradually.

About 73% of are Sinhalese, a majority of whom are followers of Buddhism. The island nation has kept its predominant religion alive despite attempts by colonial powers to convert them to Christianity. The minority communities in the island include:

Tamils: Tamils comprise a little above 8.5% of Sri Lanka’s population. Indian Tamils make up for about 4.6% of the demographics of the nation, and inhabit the central plantation regions of Sri Lanka. The Tamil plantation workers were brought to the country by British settlers and were either repatriated to their home country or naturalized under the clauses of a 1964 treaty between Sri Lanka and India. The Tamil identity in Sri Lanka is not very unified, with differences in caste, religion etc. bifurcating them into upper caste Tamils, lower caste Tamils, Hindu Tamils, Christian Tamils, Protestant Tamils, and even Muslim Tamils.

Muslims: Muslims account for about 7.2% of the Sri Lankan population. They are mostly descendants of the Arab nations and Kerala (a South Indian State). Muslims primarily inhabit the central region and eastern coasts of the island, and speak Tamil. They’ve faced severe repercussions during the Civil War.

Veddas: Considered as the original inhabitants of the island, their population is estimated at about 2,500. They are ethnically related to the Sinhalese. The earliest Veddas survived as hunting nomads in dense forests. Previously belonging to the animalist clan, many of them have now converted to Buddhism and have integrated into mainstream life.

The      Portuguese started right from the beginning with the experiment of a colonisation based on settlements of Portuguese citizens called “casados”. Since there were few Portuguese women, mixed marriages were encouraged between Portuguese and Asians.

This method of settlement was extremely successful. In fact, after a century of this colonisation, in practically every outpost of the empire, there were colonies of mixed Portuguese, who spoke Portuguese, were Catholic and were better suited to the tropical climates than the European-born Portuguese.

After their conquest of the island, the Dutch also attempted to found some colonies of Dutch citizens dubbed “Burgher”. Such policy was clearly a failure as only a few Dutch families settled on the island. During the first 30 years of Dutch rule in Ceylon, the Burgher community never exceeded 500 in number and it was mainly composed by sailors, clerks, tavern-keepers and discharged soldiers.

The Dutch East India Company (VOC) encouraged the Burghers by supporting this type of emigration to Ceylon in any case: Burghers alone had the privilege to keep shops, were given liberal grants of land with the right of free trade. Whenever possible they were preferred to natives for appointment to an office. Only Burghers had the right of baking bread, butchering and shoemaking. Most of them were civil servants of the Company. Marriage between a Burgher and a native woman – often an Indo-Portuguese woman – was only permitted, if she professed the Christian religion. However, the daughters of this union had to be married to a Dutchman.

In the 18th century a growing European community (a mixture of Portuguese, Dutch, Sinhalese and Tamil) developed in Ceylon. They dressed like Europeans, were adherents of the Dutch Reformed Church and spoke Dutch or Portuguese. With the passing of time, the Burgher community developed into two different communities: Dutch Burghers and Portuguese Burghers.

The Dutch Burghers were those who could demonstrate European ancestry (Dutch or Portuguese) through the male line, were white, belonged to the Dutch Reformed Church and spoke Dutch. The Portuguese Burghers (called later Mechanics) were those who had a supposed (but not sure) European ancestry, had dark skin, were Catholics and spoke Creole Portuguese. The European community supplied the clergy of the Dutch Reformed Church. In the last decades of Dutch rule on the island, the Burghers formed a detachment of citizen soldiers. They defended the ramparts of Colombo during the fourth Anglo-Dutch War.

Although there are no demographic studies available on the Burgher community in Ceylon during the Dutch period, it is clear that the growth of the community was constant. A small, but steady influx of newcomers from Europe mixed with the families, who had settled on the island for generations. Thanks to this, the Burgher community was able to retain its open character and the heterogeneous cultural traditions.

By the end of the British rule the Dutch Burgher community had lost its influence and privileges, and many Burghers emigrated to Australia or Canada, especially after the declaration of Sinhala as the official language of the country by Solomon Bandaranaike in 1956. In spite of this, the Dutch Burgher Union of Ceylon is still in existence in Colombo to this day. The Dutch Reformed Church is now called the Presbyterian Church of Ceylon, the membership presently being 5,000. On the whole island you find 24 congregations. During the last 40 years the Church has lost much of its leadership and membership due to mass emigration of the Dutch Burgher community.

Homosexuality is banned in the country and is a legally punishable offence with a ten-year sentence. The law is rarely enforced though it prevents homosexuals from coming out into the open about their preferences. However, since 2005, a Gay Pride parade is held in Colombo every year.

Abortion is illegal in Sri Lanka. Contraception is reserved only for married couples. This poses a serious hindrance to combat sexually transmitted diseases on the island. 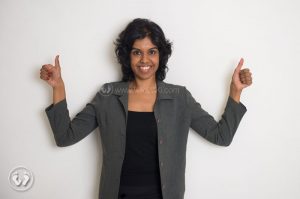 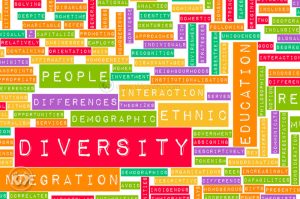