Important advice on travelling by train in Sri Lanka

Sri Lankan Railway (formerly CGR – Ceylon Government Railway) is today one of the best-preserved aspects of British rule any traveller is sure to appreciate. The railway network was initially laid out in the 19th century during the British rule to transport tea from the island’s hills for export from Colombo Port and carry inland imported products from England.

Today, SLR has undergone great many changes after neglect, civil war and the tsunami. Between 2010 and 2012, SLR upgraded the track on the southern coast that was damaged by the 2004 tsunami allowing trains to travel at higher speed (we are talking about a top speed of 100 kilometres per hour, not more!).  In September 2014, the Yal Devi train from Colombo to Jaffna resumed service after 24 years of interruption due to the civil war.

Inter-city trains, ICE, offer express service between main cities such as Colombo-Kandy, Colombo-Vavuniya and Colombo–Batticaloa. The Colombo to Kandy inter-city express is highly recommended for the scenery and the ridiculously low price tag for a first class ticket. You will have to reserve at least two days in advance.

A word of advice: It is better to avoid buying food from the vendors who board at each stop.

Coastal line: From Colombo Fort to Kataragama. As of now, trains from Colombo travel up to Matara through Galle. The line from Matara to Kataragama is still under construction.

Colombo to Trincomalee: Twice a day through Habarana. The overnight train allows you to gain 9 hours of journey time.

The most popular routes among tourists are the train from Colombo Fort to Badulla as it goes through tea plantations and very scenic hilly landscapes. The train leaves Colombo Fort and starts a wonderful climb to reach Peradeniya Station. From here the train passes through Hill country towns like Gampola, Hatton, Thalawakale and Nanu Oya (the train station for Nuwara Eliya or Horton Plains). From there on, it continues its ascent up to Pattipola summit at 6,226 feet above sea level past places like Haputale, Ella and Demodara before reaching Badulla.

Most inter-city services are provided in different classes of varying comfort:

1st Class: This class has three divisions. 1st class sleeper on a few overnight trains, 1st class air-conditioned seats and 1st class observation car. Observation cars are very often available on the Main line from Colombo to Nuwara Eliya and further to Badulla. The wagons are fitted with wide bay windows to enjoy the views. Vintage fittings, wood panels, curtains and abundant space explain why these wagons are very popular among tourists. Reservation is a must.

2nd class: Second class seats are provided on all inter-city trains and are available as either unreserved seats or reserved seats.

3rd class: Third class seats are available on most trains. Be warned, 3rd class compartments can get very crowded and have very basic services.

For those wishing to taste a bit of extra comfort, Rajdhani Express and Expo-Rail are two privately-run luxury trains with on-board butler service, catering and impeccable hospitality. If you want to journey down memory lane and travel in style, you can also opt for the Viceroy Special, the only steam-engine heritage train in operation in Sri Lanka complete with fittings from the 19th century, a restaurant and a bar. 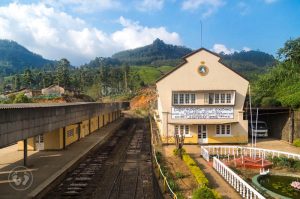 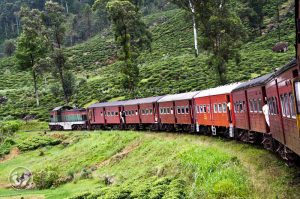 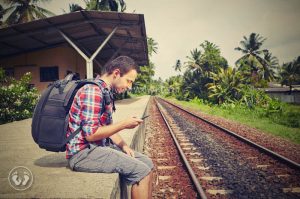